Metoclopramide is a common medication used to treat nausea, vomiting, and other conditions. Akathisia is a condition in which a person loses the ability to sit still and is considered part of extrapyramidal side effects. In this case report, we present a case admitted for an elective procedure, which then developed akathisia successfully treated with propranolol after the failure with a benzodiazepine. We share clinical thinking from the patient developing this sudden side effect until the patient was treated successfully. A literature review found 49 cases described before for the side effect, and no cases were found that were treated with propranolol. 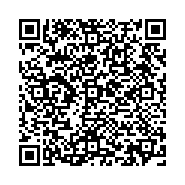