SARS-CoV-2 Genes Mutations Are a Challenge behind Its High Contagiosity: A Review | Abstract

SARS-CoV-2 Genes Mutations Are a Challenge behind Its High Contagiosity: A Review

Severe Acute Respiratory Syndrome Coronavirus (SARS-CoV-2) has threatened global health security and raised a major international health concern. The new genetic background of this virus has existed due to mutations in either structural proteins, nonstructural proteins, or both. Spike glycoprotein recombination was presumed as a cause of cross-species transmission. To undertake a narrative review of the predisposing genetic variations and mutations of SARS-CoV-2, this is presumed to endorse its high contagiosity. Keyword search on a database of Medline-PubMed, Embase, and Science Direct was conducted. Relevant journals and bibliographies list of primary articles were screened manually. Relevant articles on novel Coronavirus 2 (nCoV-2) mutations were identified. This review revealed six main aspects of nCoV-2: high affinity to Angiotensin-Converting Enzyme 2 (ACE2) due to the variations of structural-proteins; high differentiation mechanisms could be attributable to the mutations of nonstructural-proteins; high diversity was speculated to the presence of one or more intermediate hosts; high novelty was attributed to its distinction to other SARS-CoV; and high mutagenicity as its noticed through comparing it to the first-case of Wuhan. Our narrative review revealed that SARS-CoV-2 is liable for multiple mutations, and its high contagiosity might be attributed to its mutation features. Hence, the prevention and controlling strategies of SARS-CoV-2 should be given more emphasis not only to its mutagenicity but also to the early detection of the viruses and provision of effective anti-viral agents. 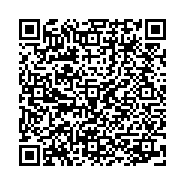