The current study sought to investigate the mediating role of emotional intelligence in the correlation between parenting style and happiness. The research method adopted was correlational and descriptive in nature. The population of the study was all the male and female highschool students studying in the school year 2014-2015 in NoorabadMamasani. The sample of the study was 345 high school students chosen through multistage random cluster sampling. For the purpose of data collection, use was made of three questionnaires, namely Oxford Happiness Questionnaire, Emotional Intelligence Questionnaire by Petrides and Furnham and Parenting Style Questionnaire by Baumrind. The findings showed that parenting styles could predict happiness. In addition, the two variables of self-awareness and optimism could act as mediators between the internal variables of authoritatarian and authoritative styles and happiness. Generally speaking, it could be said that in addition to parenting styles, emotional intelligence plays an important role in happiness. 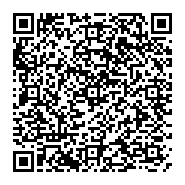